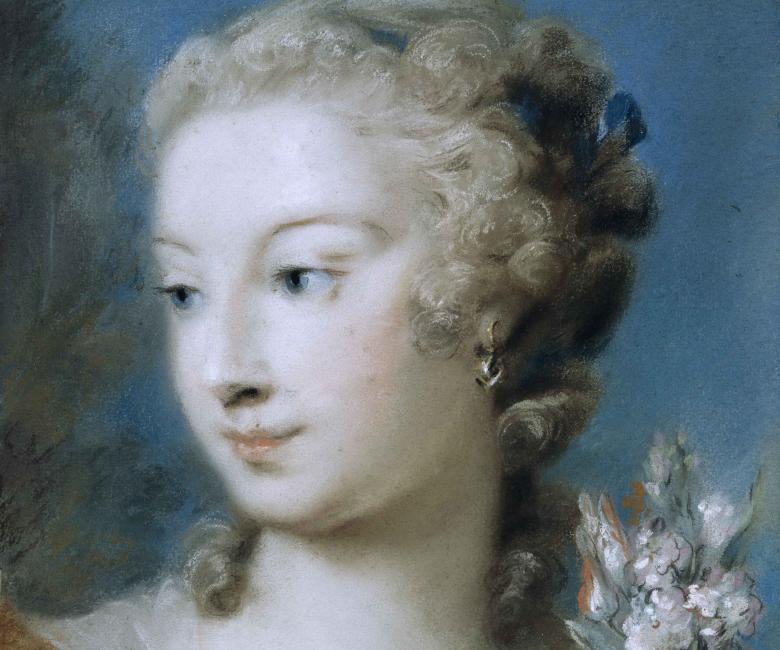 Reflecting the refined taste of her times, Carriera’s work was in vogue among wealthy Grand Tourists visiting Venice from Germany, France and England. Her work also became increasingly popular with the nobility across Europe. In her pastels she skilfully portrayed the social status of her sitters, accurately describing their elegant jewels and costume. She also created imaginative allegorical personifications of Diana, Flora, the elements and the seasons. Here, Winter, dressed in rich velvet and furs, warms her hands by a small fire. Carriera often chose blue paper as a support, not only because it was the thickest paper available in the eighteenth century, but also because of the chromatic vibrancy it offered as a background for pastel pigments.